Back in Cebolla, there were four street names that were under scrutiny. One was Calle Calvo Sotelo, in honor of José Calvo Sotelo, a right-wing politician whose greatest contribution to posterity in his life was undoubtedly his death in 1936. A conservative monarchist who advocated a return of the royal family to preside over the turbulent years that led up to the Spanish Civil War, Calvo Sotelo (in Spain they often go by their last two names) was considered to be one of the leading voices of his day. He wasn’t bashful about his opinions either, expressing on more than one occasion that if the government could not establish order in the streets, the army should. There are clearly more democratic ways of conveying popular discontent with an administration’s performance, but this proposal actually coincided with an age-old tradition in Spain to simply remove a government by force when things didn’t go well. As you would expect, advocating a military intervention tends to polarize any nation. Those in support of his vow to “Make Spain Great Again” looked favorably upon his hardline approach, and he began to attract a greater following. Those against his views, regarded him with plenty of fear and loathing.

Calvo Sotelo’s soaring career was cut short rather abruptly by a bullet that came to a stop in his head. In July of 1936, tensions in Spain were as high as they had even been in decades. Five years after the monarchy had been ousted in a referendum, the fledgling Second Republic teeter-tottered as it struggled to find a balance in the dizzying ideological scenario of the day. The political right was outraged by the loss of traditional Spanish values; the Church was incensed by the growing numbers of atheists; the socialists were irked with the Church; the communists miffed about the socialists; and the anarchists were pissed off with just about everyone. And if you add to that the disgruntled nationalists from three different regions (Catalonia, the Basque Country and Galicia) who wanted to separate all the together, who had a cocktail christened “chaos”. That very summer, the nation was on the verge of falling apart and would, in fact, begin to disintegrate before the month was out. But first, events would have occur to set the explosive situation off.

On July 13, a group of soldiers detained Calvo Sotelo at his home and, in an act of cold-blooded revenge for the murder of a pro-government officer José Castillo just hours before, stuck him in the back of a truck, shot him and dumped his cooling body next to a cemetery which, if you think about it, was a kind of bizarre gesture of humanitarian consideration on the murderers’ part given the circumstances.

There is debate as to whether the captors intended on doing him in or if it was just a major fuck-up. Research into the matter suggests that the latter seems the more likely. But if it was just a mistake, it was real doozy. His assassination did not cause the Spanish Civil War, but it is safe to say it effectively cemented a collision course which had been long in the making. For those unfamiliar with Spanish history, this was the “Archduke Ferdinand killing moment” of the Spanish conflict. The act the triggered the tragedy. Calvo Sotelo became an instant martyr for the fascist cause. His death ignited anger throughout the country, and undermined the credibility of the government, which was already quickly losing its grip on law and order. What’s worse, it persuaded a general who had been banished to the Canary Islands –I guess there are worse places they could send– by the name of Francisco Franco to become more pro-active. Apparently, he had had second thoughts about the uprising, mainly because he didn’t want to get hanged by his balls if it failed. With the situation spiraling out of control, he made up his mind that it was time to join the coup. Four days days later he was on a plane heading for Morocco to take charge of the seasoned legionnaires of the Africa army stationed in that Spanish protectorate and lead them in the crossing to mainland Spain. Calvo Sotelo had become a martyr. It was only fitting his memory be perpetuated in the streets of Castile.

Another street in question was named Gran Canaria, after the third largest island of the Canaries. It’s a beautiful volcanic landmass and a haven for vacationers from around the world. Why was this seemingly innocuous reference to a pretty tropical isle so offensive to the sensitive Spanish ear? Maybe we should be asking, what such a place is doing being honored in a small, unassuming Spanish town to begin with. The connection is obvious once history comes into play. Franco, as we know, had not been sent to the Canary Islands to catch up on a little R&R for a job well done, but rather had been reassigned to the archipelago by the Spanish government because they saw him as a threat to the nation’s legitimate constitution. Time would prove they were right to feel that way. They just came up short in their efforts to prevent what know seems to be the inevitable.

Then there was Calle Jose Antonio Primo de Rivera in honor of another major figure during that period. Son of the former dictator of Spain Miguel Primo de Rivera (yes, there has been more than one), he went on to found Spain’s version of the fascist party, known as el Falange. When war broke out in 1936, he was put in jail cell in Alicante, officially serving a sentence for possession of firearms. He was later tried for rebellion, even though he was in the slammer when the uprising started, condemned to death and shot on November, 20, 1936, the same day Franco would pass away 39 years later. He is currently buried in the basilica of the Valley of the Fallen near the El Escorial, in the province of Madrid, basically next to the caudillo. While José Antonio’s mausoleum-mate may soon be expelled from the grounds, he has been allowed to stay as a true victim of the war. His body will be taken from the altar and re-interred in a less privileged spot.

And finally you have Comandante Sánchez Rubio, a figure so unknown no one seems to even recall even his first name. He was just a soldier from Cebolla who happened to be stationed in Cebolla when Franco’s forces took over. Honored in his day as a local hero, he was on the black list for being on the wrong side at the wrong time. So, tough luck; he’s out! 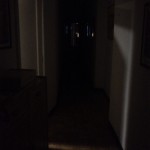