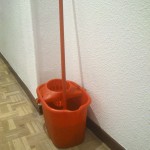 I have felt for a long time that one of the best ways to learn about another country’s culture is to acquire little by little the common knowledge known by the everyday citizen.  I was tempted to say originally that knowledge that every schoolchild knows, “In 1492,Columbussailed the ocean blue” and all that;  but sometimes that is a dangerous thing.  Once, I read the results of a study on American high school students general understanding of general knowledge  and decided I needed to be more prudent with my assertions.   Consider, for example, the question “When didColumbusdiscoverAmerica?”  The correct answer in the multiple-choice quiz was “Before1776”, which gave the test-taker 284-year leeway for good measure; a generous margin of error when you think about it.  Even then, only 35% managed to get that one right.  Two-thirds were unable to come within three centuries of the truth.

I somehow doubt that things have gotten much better since then, so I will broaden my assumptions a bit.  In any event, what I am referring to is the kind of knowledge that is thrown around freely and taken as fact regardless of whether or not it is true.  No one disputes it, which is true of most information, and they perpetuate the word by propagating it throughout the land.  They pass it on to friends and family.  That’s where lore comes from.  It’s where legend is born.

Take inventions, for example.  Being the birthplace of a particular invention can often be a source of pride.  Back in America, we are taught that Edison came up with the first electric light bulb and the phonograph, to name just two, and Bell (while Scottish) had been living in America for years when he devised and patented his telephone; and let’s not forget the Wright brothers, whose fleeting departure from the earth upon a wafer-light aircraft proved once and for all that motorized flight could be achieved.  Of course, all of these landmarks in technology have been debated by those who feel others were the true firsts, and we cannot leave out the scores of anonymous figures whose minor technical contributions led to the great breakthroughs.  But I am not hear to talk about that; I am hear to discuss just what conventional wisdom says and what it might say about each culture.

So, allow me to repeat this.  Take inventions, for example.  Take inventions inSpain.  When asked to name any inventions that this country has produced in, say, the last two centuries, invariably 90% will come up with the following list, in any order, mind you: The submarine, the mop (fregona), and the Chupa-chups lollipop.

“Really?” I believe I said upon hearing such ostentation for the first time and trying to think of what to say without sounding rude or condescending.  “That’s great.  I didn’t know that.”

You have to watch your step when confronted with these situations.  Laughing won’t get you anywhere unless you are well-acquainted with the culture and the people you are talking to. If not, you may find them using the mop in an inventive way on your body.   Even when you try to question the truth to any degree, you have to take care as to how you express it.  I once mentioned to a friend from Cartegena, while in Cartegena, that the first submarine was really invented inAmericaback in the Revolutionary War.  That was a crock, because the history of underwater vessels goes back at least 150 years before the Continental Army tried to employ one.  But that has never prevented propaganda from getting in the way.

It was a man-powered ball called The Turtle.  It was meant to sink enemy ships by screwing a hole in the hull and sticking an explosive inside.  The Turtle was shaped like an acorn, and possessed the maneuverability and speed of one, which explains why the endeavor failed. Nonetheless, it was an innovation in warfare that would become extremely effective once the mechanical technology allowed for it.

My friend was skeptical.  He deftly pointed out that the seacraft I was referring to was not motorized and therefore could not be considered a true submarine.  That was where Peral came into the picture.  His brainchild is considered to be the first fully-operational submarine in history.  My friend had a point so there was no sense in pursing the debate, but it did make me wonder just about what constituted an invention.  The first one, at least.  One of the many manias of mankind is to determine a first for everything.  Many times that date, name or place don’t correspond to the truth, and even sometimes we are fully aware of it.  But that doesn’t stop us from spreading the myth.

For example, it is now practically accepted that Hyram Bingham did not discover the Lost City of Machu Picchu.  In fact, the ruins which were buried beneath the tropical brush for centuries never probably disappeared from the historical memory of the locals, who apparently knew of its existence.  In the mid-1800s, a German entrepreneur attempted to make a business out of the remains, and in 1903, when the Wright brothers were lifting off the sands of theNorth Carolina beaches, another Peruvian actually engraved his name on one of the rocks as proof of arriving there first.  Bingham didn’t make it there for another decade.  But that doesn’t prevent the world from crediting this man with the highest honor a discoverer could have: discovery.  It is undeniable that he truly appreciated the importance of the find and deserves credit for bringing it to the attention of the rest of the World.  Something similar happened toColumbus.

The mop is no different.  The concept of a floor swab that has a pole attached to an absorbent base had been around for well over a hundred years, with many improvements being made in the Unite States in the late 19th Century, about 60 years before Manuel Joldán presented his patent inEurope.  And let’s not forget that Mickey Mouse took on hundreds in the move Fantasia, so it is safe to say the objected existed.

That makes sense because I had trouble imaging that half the world didn’t finally get off its knees from the kitchen floor until the time Ike was president. But then again, Swiss women didn’t receive the vote until the 1970s, so you never know.

Joldán did not deny this.  In fact, he got the idea from his stay in theUnited Statesas an aeronautic engineer.  He saw its practicality and took it home.  So he can’t get credit in tat sense. What he did do was turn the whole product into one package.  The mop itself, along with the plastic bucket fitted with the meshed wringer fitted into place with which to squeeze out the dirty water.  That was the innovation and quite possibly the difference.  Sort of like the turtle and the Peral’s submarine.

This neat and tidy design was a rage, and it is said that when Joldán and his associates sold the company in the 1980s, 60 million fregonas had been sold.

Still, the fact that this goes down as one of the top three never fails to amuse me.  I am sure that Spaniards have come up with creations that compete with some World’s finest, but why the old mop and pail should stand out among the pack is beyond me.  I admire a country who can take national pride in these kinds of objects, though.  I doubt the Americans, English, Germans, French or Italians would ever admit as much.  It would probably be beneath their dignity.   It’s either coming up with the heliocentric theory or nothing. Something essential.

But the mop is essential.  It is an essential part of every Spanish kitchen.  I don’t know one without it.  To use it is to be not only a part of Spanish history, but also a part of its culture.

You may feel that I am trying to be particularly provocative by posting a picture like this so close Mother’s Day, but the idea was entirely coincidental.  Who invented Mother’s Day anyway?  When was it invented inSpain?  And if so, did the Spaniards add a touch, like a motor or a set, that makes it so Spanish.  I don’t know yet.  It’s the day that mothers should be truly appreciated.  Are they?  Maybe it’s a legend or maybe it’s true.