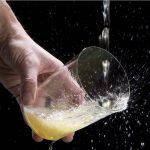 As Christmastime winds down, there is just one more holiday left before it’s time to take down the holly and drop a few pounds after weeks of celebrating. The Three Kings’ Day, January 6th, is the day for gift-giving and eating roscón cake and toasting with sparkling apple cider, known as sidra. Sidra is inextricably linked to the region of Asturias, where it is a deeply-rooted part of the region’s gastronomy. And you’ll find much the same at any Asturian restaurant you encounter no matter where it is. Learn more about this popular drink and, especially, the zanny way it’s served. Enjoy!

As Christmastime winds down, there is just one more holiday left before it’s time to take down the holly and drop a few pounds after weeks of celebrating. The Three Kings’ Day, January 6th, is the day for gift-giving and eating roscón cake and toasting with sparkling apple cider, known as sidra. Sidra is inextricably linked to the region of Asturias, where it is a deeply-rooted part of the region’s gastronomy. And you’ll find much the same at any Asturian restaurant you encounter no matter where it is. Learn more about this popular drink and, especially, the zanny way it’s served. Enjoy!

The sun has emerged somewhat for the first time all year, which is only five days old, mind you, but since this isn’t Vancouver, it seems like an eternity to Madrid.  I wouldn’t quite go as far as to say it’s sunny, but rather a dusty purplish hue of the kind you might see on a Charlie Brown Thanksgiving.

I’ve heard several complain that the year is off to a bad start, that the murky climatic conditions are representative of the country’s mood and future, but the optimists have something different to say.  It means, they claim, plenty of water for the countryside and that in turn spells good news for agriculture which, in turn, augurs a period of bonanza.

Liberal interpretations aside, four days of rain is never a bad thing in Spain because, as anyone who has spent an extended period of their life here can tell you, you just never know when it will show up next. Summertime can come and go with nary a drop from the heavens.  So, we take what we can get because every little bit counts.  I just wish things could be spread out a little more evenly.

Yesterday was January 5th, the Eve of the Epiphany, The Twelfth Night, Three Kings’ Day, and with it Spain’s particular version of Santa Claus.  The shops all opened their doors in hopes that the final rush will turn their otherwise listless Sunday into proof that the rains have brought better times.

Just down the street, Nuno’s, Madrid’s famous pastry shop, has a line thirty-long going out the door as people patiently wait to purchase his award-winning roscón, or Three Kings’ Cake.  It’s been that way for the past three days.  The TV was there just yesterday making its annual visit.  I’ve tried them…they are all right…but you will not get me to wait in unfriendly weather conditions just to sink my teeth into one.

Last night the Three Kings will descended upon hundreds of cities and towns and parcel out millions of gifts to millions of nail-biting children in one final Christmas effort to close out the season.  While the rest of the world has dumped most of its trees at the designated town drop-off center, Spain, in true Spanish fashion, has taken the festivities just a step further.  Madrid’s parade runs along the Castellana Street, and last night’s version was a particularly bright and cheery, especially considering it drizzled for most of the event.  Three American marching bands added a good measure of upbeat high school flavor to the cavalcade and for some reason, the general impression that I got was that people were plain happy to see 2013 go and start afresh.  It wasn’t a good year.  Another loop around the sun waiting and hoping and praying for better times.  It rained…we cheered; it rained…we cheered.

This is no mistake, though could easily have been one, knowing my page.  The image on your left is a non-image, it’s “a there” that is not there for your viewing pleasure.  I was at a friend’s office with my two daughters to watch the Three Kings’ Day Parade (The Feast of the Epiphany no longer says much to a lot of people other than it might refer to a white fresh water bird eating a large meal), because Madrid’s is the most famous of them all.  Parents tell their children “These are the real thing! The real kings.  They come to Madrid.”, which is surely what moms and dads around the land tell their children in all the towns and villages throughout the town.

This parade that you cannot see used to kick off right across the street from where I live, in the Retiro Park, but they moved it over to the Paseo de la Castellana, oh I’d say some seven years ago, to turn it into a bigger and more spectacular event.  That was back when Spain had money and could afford these things.  Well, it couldn’t afford them back then either, but the difference was everyone liked to pretend it could.

My friend has his law firm in a building right smack on the Castellana just above the Plaza de Colón (That’s the literal equivalent of “Columbus Square”, not a hotel for people with intestinal disorders), and from the height of the fourth floor, we are afforded a terrific vista.  It used to be a cozy gathering of just a few, but the numbers have risen, as well as word has spread, and now we can call it snug, but in a suffocating sense, if you know what I mean.

In any event, it was fun to get together and toast with some cava and dive our faces into yet more Three Kings’ cake.  This has always been the torte par excellence on these dates, but more recently, the numbers have increased, as has the quality, I am happy to say.  The cake has never been a big hit with me, but before it was like sinking your teeth into a stack of envelopes.  Now, for the most part, the good bakers of this city have come up a recipe moist enough to make indulging generally something you won’t choke on and occasionally even a pleasure.

The majority of us would migrate from the table over to the balcony to poke our heads out, then back to table again, chatting with friends and joking with children as they got all revved up for the Three Wise Men to make their way down the street in flashy floats.

This parade is always slow to get up and running and the children in the bleachers, in their despair after such a long wait, will cheer for just about anything.  A lone cop on a motorcycle puttering down the road drew a rousing round of applause.

Finally, the first sign of life appeared and the entertainment-starved crowd let out a roar.  Then you had the usual fare of bands, a few gaudily-colored floats featuring famous Christmas stories and Disney characters, the traditional banner tossers, a ballerina twirling and somersaulting while suspended beneath an enormous balloon, and that sort of thing.  Then came the military guard, the royal mounted guard, ducks, sheep, camels, and more exotic fauna like elephants.  But it was all stop and go.  Stuttering and puttering, the way these things happen to work when they try to deal with the logistics of a well-timed parade.

Adults find this annoying, but children find it unbearable.  At the office the kids would stand up and run for more cake, get a bunch of sugar in them, and start really buzzing around like overheated flies.  Then they would run back to the balcony and take a peek, and dart away again.  There was no sign of the kings and the show was getting somewhat dull with all the unexpected stalling, except for the moment when one of the elephants paused to take a mid-walk pee.  The animal had been lumbering down the street when all of the sudden it stiffened up and readied itself.  If dragging a dog off the path in order for it to do its duty was tough enough, here there was little choice but to sit and wait.  It gushed out, I tell you, and sent a tsunami of urine right for the other side of the street where the crowd panicked to avoid the impending flow.  The rest of us who were out of harm’s way got a good laugh out of it.

Speaking of basic needs, it was just about that moment when one of my daughters announced that she needed to go, and so I showed her through to the back of the labyrinthlike office where there was a restroom and then returned to the window.  Just then I saw the first of the three kings coasting by freely the way Barbie drives her convertible along the California coast.  At that speed it was hard to get glimpse of which one it was, but the white beard gave it away.  It was King Melchor, Melchior in English, my daughter’s favorite.  So, I raced back to the bathroom, told her to make it snappy, and then we tore back to catch the rest of the show.

By the time we got there, the time elapsed had barely eclipsed 30 seconds, all we could see was the back of the final float with Balthazar hurriedly waving to children below.  Caspar must have been sandwiched in between there, but I can only assume this because I had no visual confirmation.

That was it.  Done.  There was nothing left.  Whole families were descending from the bleachers and heading home.  The sanitation department was scrubbing the inundation caused by Dumbo.  The Three Wise Men had zipped by.  I was dumbstruck.  For an hour and a half, the cast of the opening show dawdled around, sometimes taking breaks of up to ten minutes, only for the main event to sail by as if they were late for a wedding.  Not that it was going to keep me awake at night, but I did feel for the children.

“My guess,” said a friend at my side as we saw Balthazar’s float disappear behind the horizon like a distant boat at night, “Is that they are low on candy due to the crisis and can’t afford to slow down too much.”

I nodded with taking my eyes off the street being abandoned by thousands of somewhat stunned fans.  Sadly enough, it made sense to me.

I have spared you the pain of viewing the tragedy, mainly because I missed it myself.